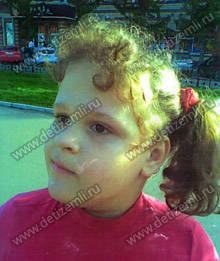 Dasha was born prematurely. Her mother had twins, the boy died almost immediately and the girl survived. But difficult childbirth apparently had its effect and Dasha had to spend almost all of her first six months in a hospital. Thanks to continuous treatments the girl eventually learned to walk independently. But there is still a lot of complexities that need to be overcome. Dasha needs to undergo treatment at the Center for Speech Pathology which costs 67,000 rubles. Let’s help the child in her desire to live a normal life!

Charitable Foundation for sick children «Children of Earth» thanks all the donors who helped to collect donations for the treatment of Dasha. Fundraising is now closed and the treatment will be paid shortly.