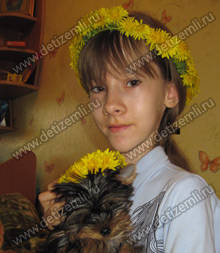 Veronica is suffering from serious disease. She has a disease of the spine and has a great difficulty breathing independently. Her twin sister died at the age of 7. In 6 months, Veronica is planned to have an operation to straighten her spine. Both parents and herself expect a big improvement, but there is one serious problem, difficulty in breathing. The girl needs a special breathing apparatus for ventilation, namely VENTILogic LS which costs 253,200 rubles. Help the child survive!

Found for VENTILogic LS lung ventilator have been collected

Charitable Foundation for Children «Children of Earth» (Moscow, Russia) thanks all the donors who helped to raise funds. We especially want to highlight MTS. The lung ventilation Apparatus, which was so necessary to Veronica Sysoeva, has been financed. Fundraising is closed.

Charitable Foundation for Children «Children of Earth» (Moscow, Russia) began collecting donations for the purchase of a ventilation apparatus which costs 253,200 rubles. Veronica suffers from several serious diseases and should have a surgery on her spine in six months. It is vital that the device is purchased as soon as possible because the girl has difficulty breathing. There’s complex surgery and anesthesia ahead. Help Veronica!